i mentioned a few months ago that i'd have to change up my bike ride from the originally planned OC bike ride (angels stadium to the beach) to a santa barbara ride because of timing issues/inability to bring my bike down. so i modified this little guy and actually ended up doing him spontaneously.

it was a random monday and I work from home on mondays. i spent the morning working, ran some errands, grabbed some lunch with my friend ryan and was chatting with him at lunch about working out that afternoon (running, gym, biking, something). i told him how i'd been wanting to go to biking for a while and just hadn't done it. so he said, "why not today? let's do it." 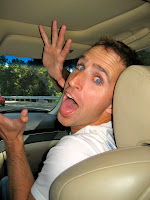 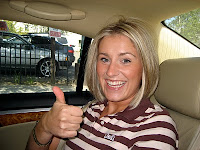 met up at ryan's to do a bike ride. we ended up deciding to ride from the guys' house in "noleta" (between santa barbara & goleta) to isla vista where the UCSB campus is and then to More Mesa (these quasi-hidden bluffs with an incredible view)
and then back to the house. 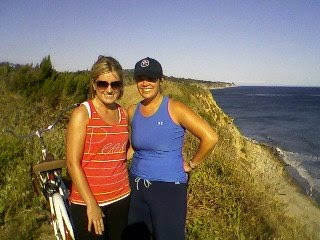 round trip it was about a 13 mile bike ride that was both challenging and fun. i loved learning about secret bluffs and finding out where bike paths will take me. the plan is for this to be a normal summer occurrence and will update you if we go even further next time :)

and lolita (my perfect yellow bike - that glows in the dark) she held up great, she was an absolute champ, cup holder and all :) needless to say, i ended up working late that monday night, but the bike ride was 100% worth it! about half way there!!!!
Posted by Unknown at 10:52 AM