you could just throw a dinner party for the sake of throwing a dinner party, sure. who wouldn’t love that? oh wait, me. i’ve got to have a good reason to turn my house upside down, spend a boat load of money on groceries & special treats and stress myself out to the max. so this is one of the ones on my list that i put off as long as possible.

don’t get me wrong, i totes love a good hang out sesh at my house and the party people know they are welcome anytime, but those are night and day different from having a dinner party. well, my reason came. and i wish i could have blogged about it before my birthday, but considering it was a surprise, i couldn’t exactly tell the whole internet, especially since the guest of honor reads my blog.

one of my very best friends was about to get engaged. she had NO CLUE, but a selected few of us did. more like 20 of us that were scheduled to come to my house for a surprise engagement party right after the proposal. jon, the plan man clued me in in september - september people, for a december engagement. my poor boyfriend was doing all he could to not let the cat out of the bag the times he saw her in those 2 months and the rest of us spent at least a month lying through our teeth to the poor girl. but we pulled it off. 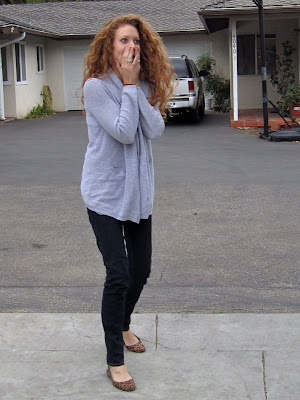 on december 4, jon thiele asked my girl erin schoenwald to spend the rest of her life with him. he liked it, he put a ring on it, she said yes. and that was the first shock of the day. imagine what was going through her mind when she pulled up to my house and found 20 of her closest friends & her parents from minnesota standing in the driveway, eager to celebrate. priceless team, this day was priceless. so worth every penny and every second of stress. at one point in the process, my sweet boyfriend called me, “a level 3 hurricane” which is my family’s nickname for my mom because she is absolutely out of control when it comes to entertaining and having things just right. but he was right, i’ll admit it. and he was a patient, selfless champ who did without being asked and let me check out when the day was done. 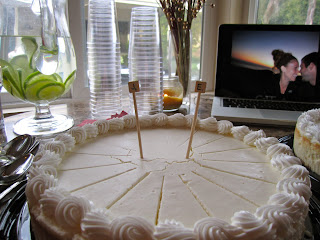 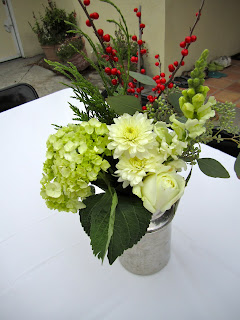 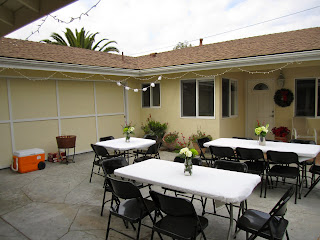 and it was beautiful. it wasn’t really “dinner” per se because our meal was at about 3pm, but we had a full meal, cheesecake, a champagne toast, decorations, borrowed tables and chairs and the whole shebang. it was great. you can ask my guy how often he’d prefer that i throw those kind of parties, my guess would be about once a year ;) but it was amazing. they are so worth celebrating. our great God answered a ridiculous amount of prayers in uniting their lives and he has great things in store for them. great things. so we celebrated. and we’ll do so again in august, on the day they become husband and wife... thankfully that one’s up to the parents. 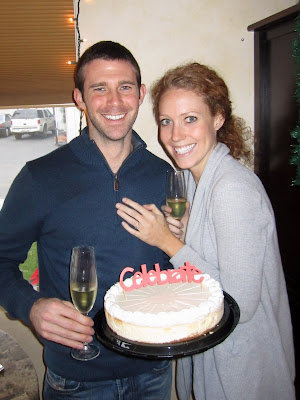 boy do I feel left out that I was not in on this fabulous secret. probably wise decision on your part, since we all know what happens when the champagne is flowing... what a great story though! i am so proud of you for pulling this one off! that includes the secret, which in my opinion makes the dinner party look like child's play. seriously, where did you find Nate? i think he is for sure one of a kind. and yes, you are a level 3 in the making. much love and merry christmas sweet sister.
ps- props on a lovely dinner party.